General images of my Playmobil figurines 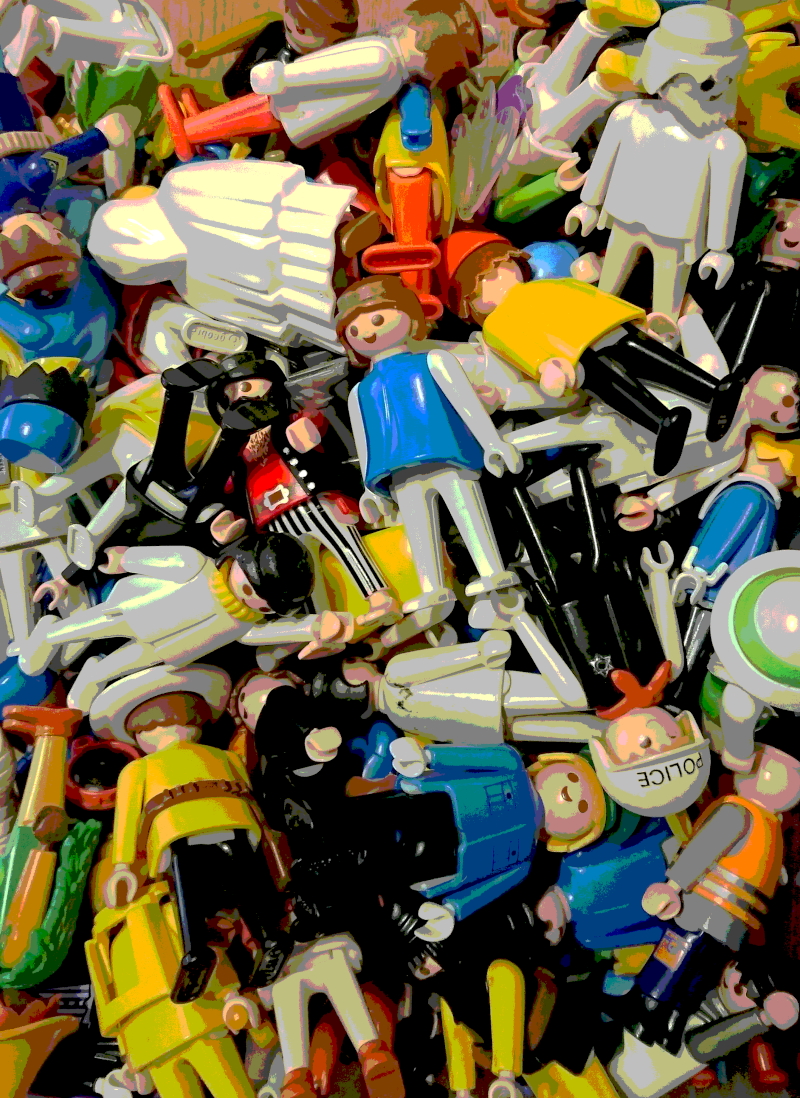 PILE
View from the top of the container where I keep all of my Playmobile figurines. I love this sight.

Birthday present
I had my 32nd birthday at the other day! I don't usually buy.... really anything new these days, but a friend of mine hinted me that Normal-store has Playmobil blind bags. I'm total sucker for the thrill of those, so I had to get some. These Playmos came out! I totally digg them all so much!

Costume Gang
I bought this colourful bunch from second hand online, for 8 euros. They were so fun and well geared that I had to get them! Mr. Robot's back holders are broken and he is missing some radar parts. Ghost is missing it's cape. 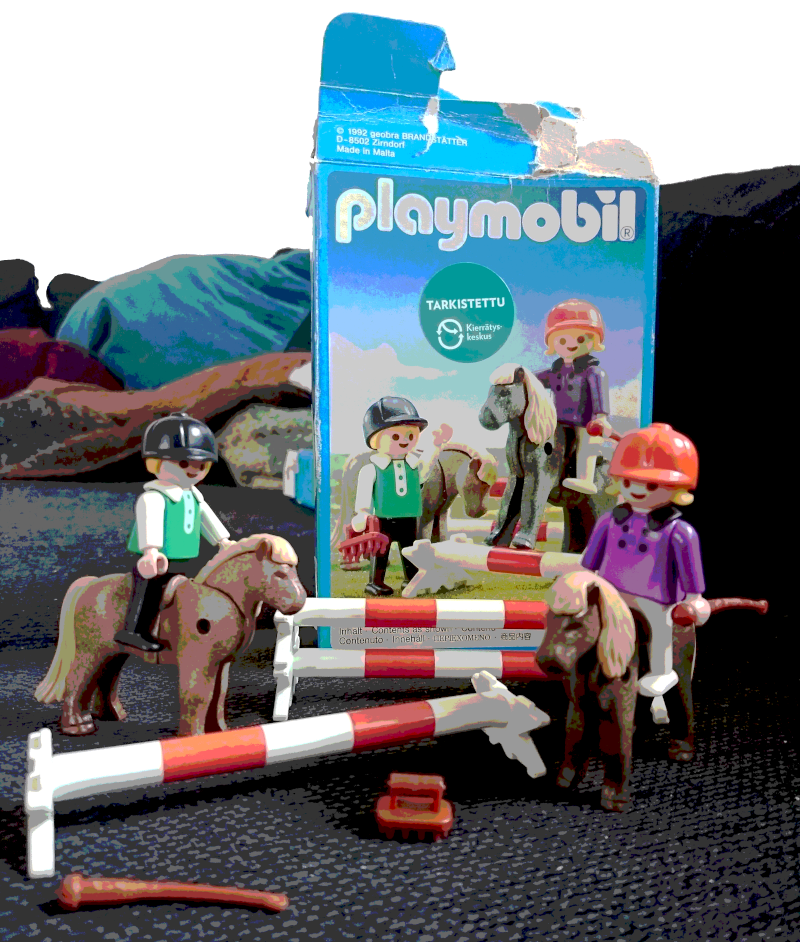 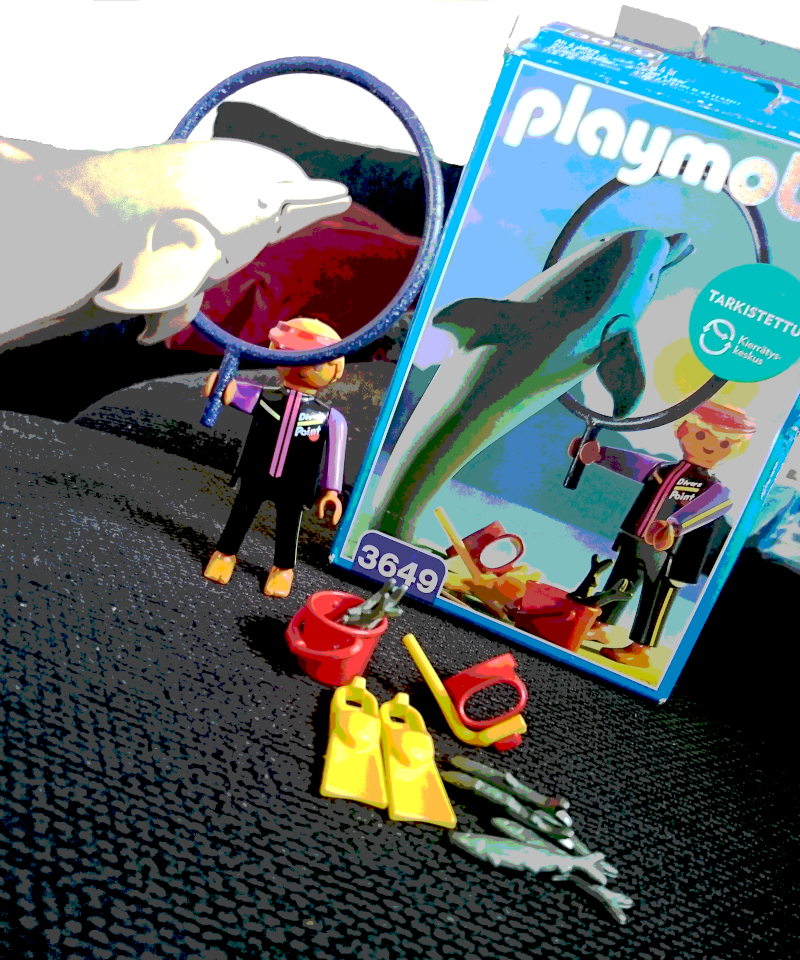 Band of misfits
Found this huge crowd and their gear and stuff at a local Reuse Centre for only 8 euros! I was PSYCHED and couldn't believe my luck! There was so many cool helmets and hats and stuff... I love all the mini details in Playmo-stuff. 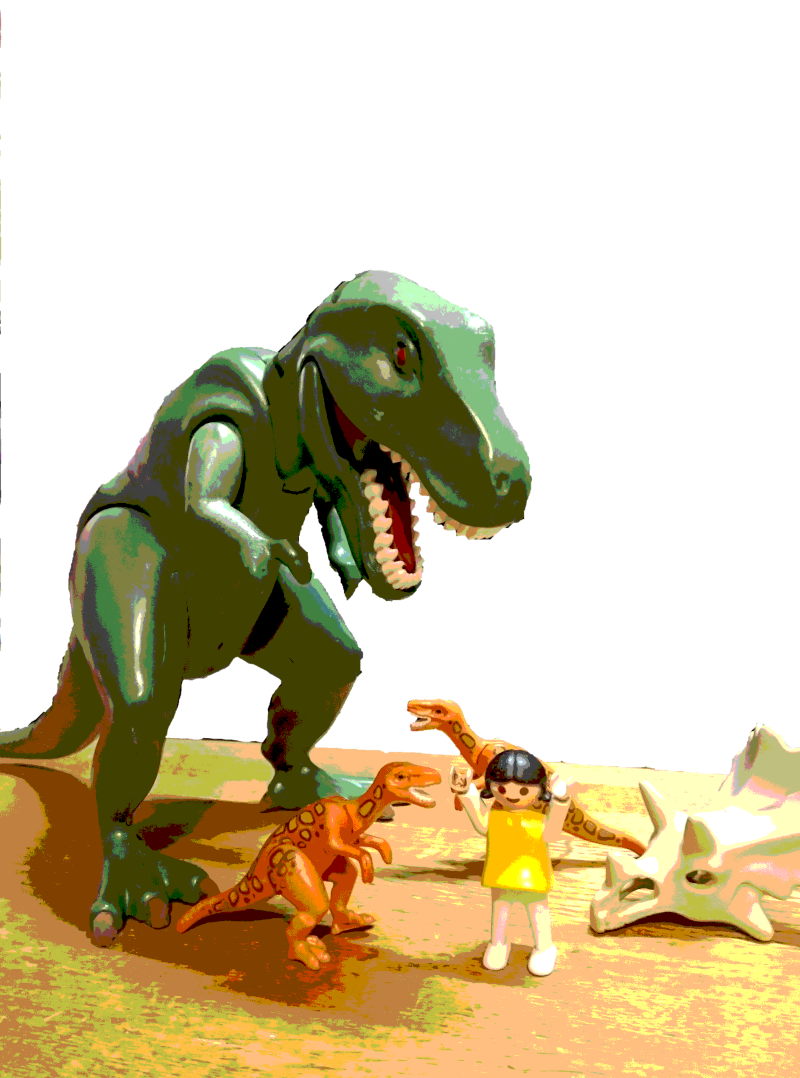 Sisko and Rex
And some smaller dinosaurs... I bought the dinosaurus second hand online.